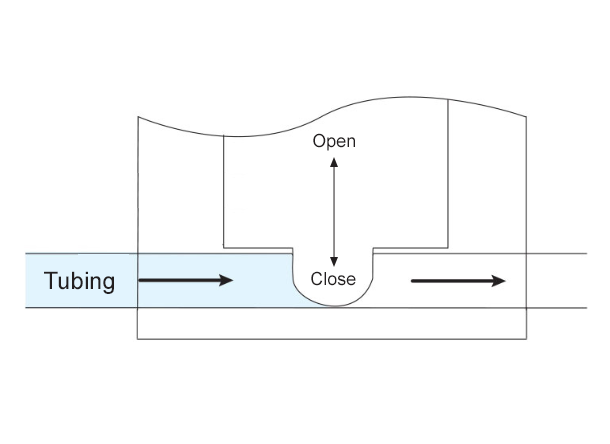 What Does a Miniature Pinch Valve Do? 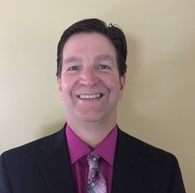 Imagine if you were to stop and start the flow of soda by pinching the straw between your fingers while sipping on the straw. Your fingers would be mimicking the actions of a pinch valve. Simply put, a miniature pinch valve is designed to physically pinch the walls of the tubing to block the flow of the liquid or gas passing through the tubing. Relaxing the clamping action enables the flow to continue through the tubing. It’s important to note that in the soda example, you controlled the flow of soda without actually coming into contact with the soda inside the straw. For this reason, a miniature pinch valve is considered to be a type of media-isolation valve because the media—the liquid or gas inside of the tubing—does not come into direct contact with the valve itself.

Ok, easy enough. But you may still be wondering when the use of a miniature pinch valve would be preferable over the use of conventional valves, which provide a similar form of flow control. When conventional valves are used, the media to be controlled flows through the internal passages and orifices of the control valve, coming into direct contact with the valve’s interior known as the “wetted” parts of the valve. These contact points typically include the internal flow passages of the valve body, and the various internal seals, spools, diaphragms, and springs. In some applications, this direct contact is problematic.

Consider an application where the purity or composition of the media is critical to the accuracy, reliability, or overall success of the application. A blood sample entering a blood analyzer is a good example that comes to mind. The purity of the media (blood) could be compromised by direct contact with the valve’s materials of construction. In other instances, the media might be incompatible, or even corrosive to specific materials contained within the valve. A situation like this can lead to operational issues, and ultimately failure of the valve. Hopefully, not a catastrophic valve failure.

Miniature pinch valves prove to be the superior choice for applications involving fluid that is viscous in nature and prone to clog the internal flow paths or orifices in conventional valves. Also, due to its simple design, a miniature pinch valve contains no dead volume, which is the space inside the valve that cannot be flushed during normal operation. Conventional valves have “nooks and crannies” where fluid can become trapped, leading to cross-contamination issues in applications involving a number of different media controlled by the same valve. It’s not always desirable to mix your peanut butter with chocolate, and vice versa, or on a more serious note, your blood sample with another individual’s blood sample. Because a miniature pinch valve is designed to control flow by pinching the tubing which is transporting the fluid, the pinch valve avoids coming into direct contact with the fluid, proving to be a far superior solution in life-science and high-purity applications.

Now that you understand the benefits of using a miniature pinch valve in applications where you wish to isolate the media from the valve, how is the proper pinch valve selected? First, it is crucial to select tubing that is compatible with the fluid to be controlled. Pinch valve tubing is available in medical and food grade forms, as well as many other material types to accommodate media compatibility. Silicone tubing remains pliable and elastic regardless of extreme temperature variations and can withstand repeated sterilization, so is often the material of choice. Neoprene, medical PVC, and polyurethane are other options which may be preferable in some applications. Look for ratings to meet FDA (Food and Drug Administration), NSF (National Sanitation Foundation) and other industry requirements.

Note that the tubing is removable and disposable when used with a pinch valve. The frequency of tubing replacement will depend on the type of tubing being used. Neoprene tubing, for example, will start to deteriorate after several hundred thousand cycles while most silicone-based tubing can survive for several million cycles. Other application demands may also limit the life-span of the tubing used with pinch valves.

A pinch valve can be manually, electrically (solenoid), or pneumatically (air) operated; the latter may be the only choice if the valve will be used in a potentially explosive environment. The valve you select will also be dependent upon the tubing size, and the durometer, which is the measurement of the tubing’s firmness. Pinch valves can be specified as normally-closed (NC) for no flow, or normally-open (NO) for active flow, reflecting the valve’s state in the absence of power being applied to it. Also, a combination of NC and NO positions can be specified for a three-way configuration.

Due to their simple design, miniature pinch valves have recorded life-cycle counts exceeding a billion. Pinch valves are commonly found in medical, diagnostic, dispensing, scientific, and analytical instrumentation, as well as chemical processing, food and beverage, therapeutic, and laboratory equipment.

To learn more about pinch valves and other media isolation valves offered by Airline, contact your Airline sales representative.