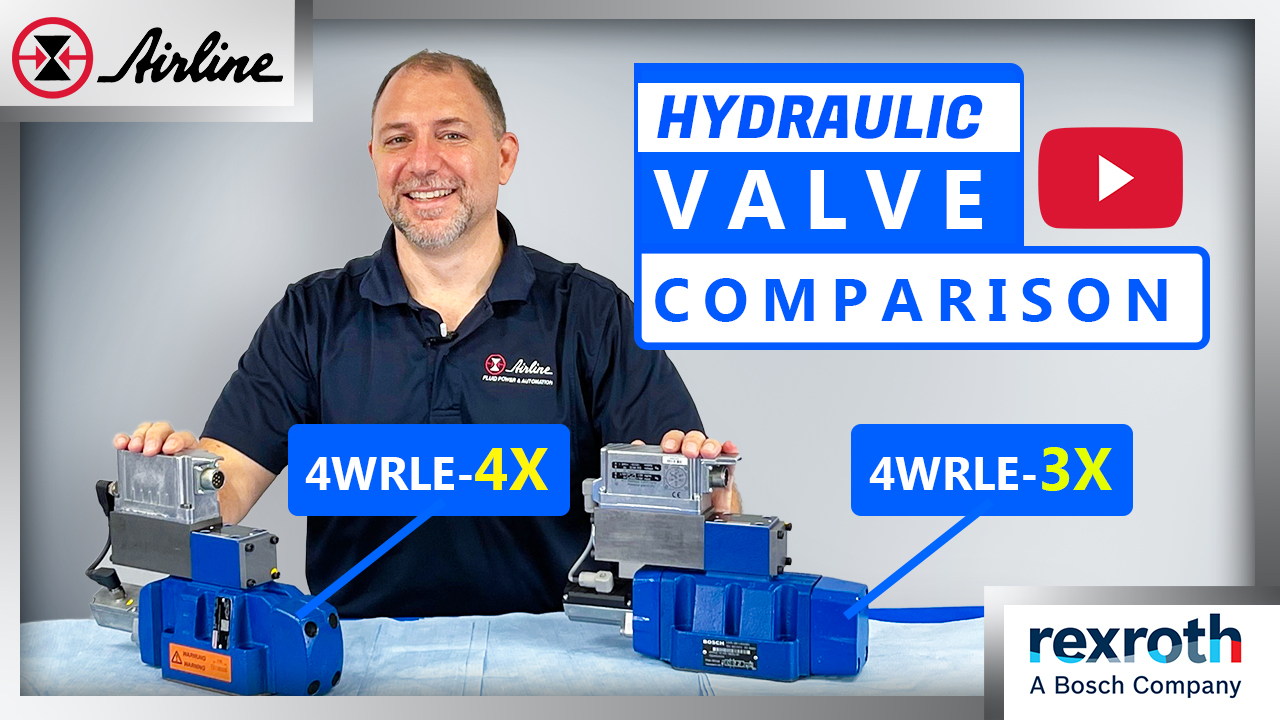 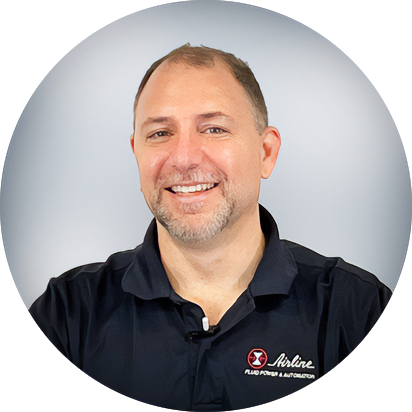 Do you hate installing new software updates on your phone? I know I do! ✋ Because when you're comfortable and happy with a piece of technology, updating to the newer version can seem more like a hassle than an improvement. Unfortunately, that's precisely where many users of Bosch Rexroth's 4WRLE high-response proportional valves have found themselves. The beloved 3X series, on the market since the 1990s, was updated to the 4X version years ago. Yet, I see users still hold onto their 3X units kicking and screaming!

As much as change is difficult, it's often necessary. Unfortunately, the 3X model is increasingly difficult and expensive to replace, forcing many people to update to the 4x before they may want to. But switching to the 4X isn't bad, trust me! There are significant benefits to the upgrade, along with a couple of minor differences you need to be aware of for the future. So keep reading (or watching), and you'll be able to upgrade to the new 4WRLE-4X with confidence.

Watch the video above, or keep reading to learn about the 4WRLE 3X vs. 4X!

Why did Rexroth change the 3X?

The 3X series of the 4WRLE was a great valve, and it's served the marketplace well for over 30 years - that's no small feat! But there were several reasons the valve needed an upgrade:
1. The legacy electrical components of the 3X valve were becoming increasingly difficult to source. Making it harder to produce the 3X, leading to longer lead times and increased prices for the unit, and no one wants that!
2. The 3X valve still has some room for improvement. However, after using the 4X, you'll be even more satisfied with the performance of the 4WRLE.

Improvements with the 4X 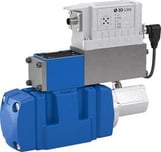 What is improved with the 4WRLE-4x? Bosch Rexroth's engineers optimized spool and housing allow higher flow ratings in all sizes. Not only is the 4X a higher-flow valve, its performance is also improved with new onboard switched-off or inactive integrated control electronics (OBE) electronics. The valve's temperature range was also increased, making it even more tolerant of vibration and mechanical shock.

Similarities between the 3X and 4X series

Almost everything about the 4WRLE 3X series has transferred over to the 4X. I repeat: All of the major features, benefits, and functionalities are the same. Other notable similarities include:

The 7-pin electrical connector is the same between both series.

The series-4X are high-response control valves with spool position feedback. The spool designations between the 3X and 4X series are the same - So if you had an E spool in the 3X, you'd have an E spool in the 4X series. The terminology hasn't changed between the two series, making it even easier to upgrade to a 4X.

Differences between the 3X and 4X series

The majority of features between the 3X and 4X are the same, but a few details have changed between models. Here are some notable differences between the 4WRLE 3X and 4X:

The feedback of the 4X is connected with a newer control board, which differs from the older feedback device of the 3X.

The internal and external pilots and drains function the same between the 3X and 4X, but they are designated differently. The 3X valve uses the designation E and T, while the 4X valve designations are P and T. Learn why in my video here.

The bolt height differs between the valve models. For example, on the size 16 4X valve, you will need a bolt that is 9mm longer than its 3X counterpart. Refer to the chart below for more information on the other sizes.

How to configure the 4WRLE-4X

Did you know that configuring the 4WRLE-4X can be as easy as removing a few plugs? Learn how to change the pilot configuration for internal piloting and draining in my tutorial below.

This configuration tutorial was demonstrated with a size 16 4WRLE-4X valve, but it's just as easy for other sizes too. Download the datasheet below and refer to page 7 for more information on other sizes.

If you're a user of the 4WRLE 3X, I hope this article empowered you to be unafraid when ordering the 4X next time you need a replacement. If you have questions or are interested in learning more about Bosch Rexroth's 4WRLE, contact our experts who are happy to help.